← more from
Annika
Get fresh music recommendations delivered to your inbox every Friday.
We've updated our Terms of Use. You can review the changes here. 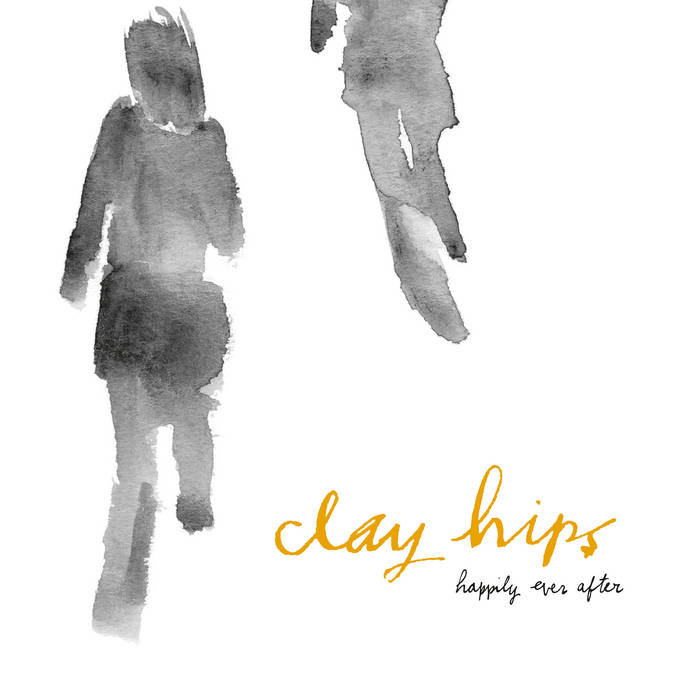 All songs written and produced by Clay Hips
All rights reserved. © Annika Ediciones, 2018.

***
It took Clay Hips ten years to compose their debut album but only ten days to record it: a consequence of living in separate countries. Since Kenji Kitahama and Andrew Leavitt left San Francisco to live in different locations in Europe, they left a trail of releases as The Fairways on labels such as Shelflife Records, Minty Fresh Japan, Paris Caramel and Matinée Recordings. Since then, Kenji has been involved in various projects: The Young Tradition, The Golden Eaves, Friedrich Sunlight and multiple collaborations.

Despite the distance, (nowadays they are living in Augsburg and in Dublin), they’ve gotten together from time to time in order to record demos, three of which have appeared on Matinée Recordings compilations. It was not until Spring 2018 that the Barcelona based label Annika, suggested the duo to record a debut album including definitive studio versions of those three demos along with a handful of new compositions to complete a full length album. Songs that include appearances by Beth Arzy (Trembling Blue Stars, Aberdeen, The Luxembourg Signal, Jetstream Pony) on backing vocals, Marc Frank on drums and percussion, Matthias Fahn and Philipp Müller on strings. The cover’s ink drawings and calligraphy by Lupe Núñez (Pipas, Amor de Dias).

Time has passed since The Fairways days; Clay Hips is more than the evolution of the former in both form and substance. Winter can be felt now, both in seclusion and melancholy despite the first signs of Spring. Sadness emerges from the lyrics and the melodies with the gravity of some passages. All in all, it is a display of the very rich musical background of its members, shown in the album with its stylistic changes. We can hear hints of the coziest side of Sarah Records and Trembling Blue Stars in some passages, the elegant Europop (“Disappointed”), flirtations with Country Music (“The Mayfair Hotel”), Irish and English Folk (“Empty Set”), Vocal Duo Pop à la Simon & Garfunkel (“I Can’t Say It’s Love”) or even the intimacy of Colin Blunstone (“The Bridge (A Song for Augsburg)” and “Still Dreaming”).

“Happily Ever After” describes in some way, the absence of a perfect moment and place, the disappointment brought on by the lack of convergence and synchrony, distance and disagreement. These are reflected in the album’s recurring themes: leaving, arriving, duration, adoration, splitting up, returning and being late. Though some moments are flooded with sadness, the album never quite loses the optimism that the title, not entirely ironically, suggests. And we are feeling optimistic about Kenji and Andrew’s reunion; they have accomplished an enormous album after years of being apart. Let’s make a toast to them and to their debut album because we are celebrating.

Clay Hips is a new band, yet the partnership at its core spans more than 20 years. And Clay Hips is an American band, but European as well. And Clay Hips’ self-titled debut was a mere 10 days in the making, albeit following almost a decade of incubation.

Andrew and Kenji — who are Clay Hips — met in the late ’90s, in their adopted home base of San Francisco, first at a party (of which Kenji has no recollection) and then at a record store, where a conversation about music quickly revealed an astounding mutual appreciation for various esoteric touchstones: British underground pop of the 1980s (Felt, McCarthy, The Pastels, the cult label él Records) and its ’90s progeny (The Field Mice, Heavenly, Belle and Sebastian), and American sunshine/soft pop of the ’60s and ’70s (Roger Nichols and the Small Circle of Friends, Carpenters, The Millennium). Within days, the seeds of their first band, The Fairways, were sown. Expanding to a five-piece, The Fairways quickly became one of the Bay Area’s primary exponents — alongside the likes of The Aislers Set and Poundsign — of a local groundswell of bands playing a hyper-melodic, decidedly American interpretation of Anglophile influences. Their album, 2000’s Is Everything All Right?, drew acclaim worldwide — especially in Japan, where the band toured and played in-stores to enraptured audiences of kids who looked very much like them.

But almost no sooner was one of the songs from their album placed in a Kirsten Dunst-starring teen comedy than the band came to an amicable end, Andrew and Kenji moving to Finland and Germany, respectively, to be with the loves of their lives.

Throughout the ensuing years, both kept busy with music (especially Kenji, whose most recent group, Friedrich Sunlight, has appeared everywhere from the pages of German Rolling Stone to stages shared with The Monochrome Set and former Go-Between Robert Forster), but their eagerness to make music with each other again was hampered by distance. Andrew, who eventually settled in Ireland, visited Kenji at least once a year, and the notion of Clay Hips — if only in name — was conjured close to 10 years ago. But other than some home recordings, and a handful of public performances too impromptu and under-the-radar to qualify as “gigs,” Clay Hips was little more than a vague ambition longing for actualization….

…Until earlier this year, when Andrew arrived again at Kenji’s doorstep. Armed with their accumulated catalogue of songs and the determination to finally make the Clay Hips concept concrete, they recorded the 10 songs that make up their debut in 10 days, largely in Kenji’s front room with the help of a few of the many musicians within his orbit. The result — simultaneously the sparest and most sophisticated music of their lives — is a record for all seasons: as intimate as a whisper confided between friends, and as expansive as the lifetime of experience that leads to that moment. It was worth the wait.

Bandcamp Daily  your guide to the world of Bandcamp

Kyle McNeill joins the show to talk about his new project, Phantom Spell